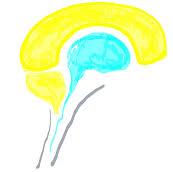 The 2nd and 3rd CSF Disorders Symposia in 2017 and 2018 introduced the intersection of Art, Science and Medicine for disorders of the cerebrospinal fluid. Artwork on display has illustrated visually the transformative manifestations of CSF disorders, such as connective tissue disorders, Chiari malformation, hydrocephalus, syringomyelia and others.

This initiative was supported by the Art League Rhode Island. Historically and traditionally, art has been applied to medicine and to surgery through surgical illustrating. However, there is “medical arts’ beyond this, and the Rhode Island State Council on Arts in collaboration with the Rhode Island Department of Health and RISD, have promoted the powerful role that the arts can play in health and healing, and have expanded the engagement of the arts in health in the state of Rhode Island. Artists, through their ability to create a visual impression, will foster in the compassionate physician and the engaging patient a deeper understanding of the suffering behind a disease. Beyond this, visual arts can support the “designing” of surgical strategies.

Painting and sculpting are two forms of the visual arts. Through the development of 3D models and 3D printing techniques, visual impressions and concepts will aid in surgical planning and “designing” surgical strategies and outcomes: Predicting the details of surgical findings can be clearly illustrated, and the potential outcome of an elected surgical procedure can be envisioned through sculpture and 3-dimensional artwork.

The 2019 symposium will address the above outlined “artistic(al)” potentials and the implications on the diagnosis and management of CSF disorders as well as improving the outcome of the surgical profession. This includes enhanced education and teaching of medical students & surgical trainees.

Physicians, physician assistants, nurse practitioners, nurses, residents, fellows, students, researchers, radiologic technologists, and engineers interested in advancing their understanding of how harmonizing art, science, and medicine can lead to implications on the diagnosis and management of CSF disorders as well as improving the outcome of the surgical profession.

Parking will be available in the parking garage connected to the Medical Building, located on the corner of Richmond and Elm Streets. Enter through the Elm Street entrance.

Physicians: The Warren Alpert Medical School of Brown University designates this live activity for a maximum of 7.0 AMA PRA Category 1 CreditsTM. Physicians should claim only the credit commensurate with the extent of their participation in the activity.

Physician Assistants/Nurse Practitioners: Participants will receive a Certificate of Attendance stating this program is designated for 7.0 hours AMA PRA Category 1 CreditsTM. This credit is accepted by the AAPA and AANP.

Cost:
$75.00
Please login or register to take this course.
Powered by Ubercart