12.14.20 | Expressions of Grief and Trauma on the Digital Streets of Chicago 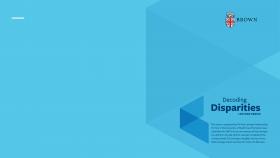 12.14.20 | Expressions of Grief and Trauma on the Digital Streets of Chicago

Series sponsored by: The Warren Alpert Medical School of Brown University and the Brown School of Public Health

Series supported by: The Paul Levinger Professorship Pro Tem in The Economics of Health Care was established in 1987 to honor the memory of Paul Levinger by a gift from his wife, Ruth N. Levinger, on behalf of the Levinger family. The Levingers' daughter and son‐in‐law, Bette Levinger Cohen and John M. Cohen '59, MD were instrumental in Mrs. Levinger's decision to make this gift.

This lecture will examine the role of social media and AI analysis in gun violence prevention. Insight will be given on how to identify and gain competency in decoding signals of trauma and aggression in social media posts that may influence gunrelated violence.

To request special services, accommodations or assistance for this event, please contact Brown CME at CME@brown.edu or 401-863-3337 as far in advance of the event as possible.

This lecture series is designed for all faculty, students, staff, and alumni.

The goal of the lecture series is to describe problems of health disparities and the data supporting them and to open a conversation regarding solutions.

After participating in today's lecture, the learner should be better able to:

Dr. Patton is the founding director of SAFElab, a member of the Data Science Institute, and a faculty affiliate of the Social Intervention Group (SIG). He holds a courtesy appointment in the department of Sociology. He is the recipient of the 2018 Deborah K. Padgett Early Career Achievement Award from the Society for Social Work Research (SSWR) and was named a 2017-2018 fellow at Harvard’s Berkman Klein Center for Internet and Society.

In partnership with the Data Science Institute, he is developing an online tool for detecting aggression in social media posts. Dr. Patton’s research on “internet banging” has been featured in The New York Times, the Chicago Tribune, USA Today, NPR, Boston magazine, ABC News, Nature, and Vice. It was cited in an amici curiae brief submitted to the United States Supreme Court in Elonis v. United States, which examined the interpretation of threats on social media.

CME Accreditation
The Warren Alpert Medical School of Brown University is accredited by the ACCME to provide continuing medical education for physicians.

Designation
The Warren Alpert Medical School of Brown University designates each live activity for a maximum of 1.0 AMA PRA Category 1 Credit™. Physicians should only claim credit commensurate with the extent of their participation in the activity.